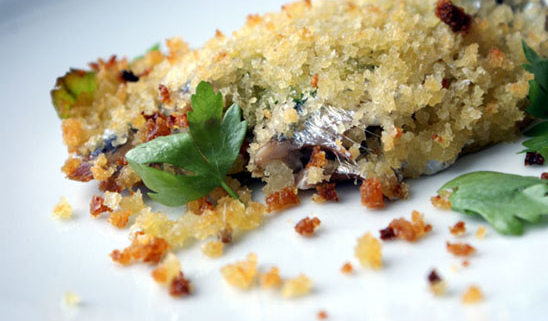 Here is one of those dishes with which those who know me immediately identify me.
As promised, I will try to explain more about my preparations as well as write down the recipes.
This is an extremely simple dish whose two main ingredients, Anchovies and Bread, well represent the history and evolution of man.

Everyone knows the anchovies and its nutritional characteristics are equally well known. Many despise them, you read that right. Many, especially in the middle-class bourgeois population, despise anchovies because they consider them a “poor” fish, one of those fish that if you have illustrious guests … you look bad!
Even some people don’t consider them fish.
I love anchovies and in particular all the blue fish (bonito, mackerel, tuna, saurian etc. etc.) first of all because it lends itself to many interpretations and then because it is very tasty. Ultimately I let others delight in amberjacks, pezzogne, snapper, bream and various stuff!
The second ingredient of this recipe is bread.
I have extreme respect for bread not only because it is a symbol of man’s fatigue but also because it is the magic of the union of two simple elements such as water and flour.
And now let’s talk about the recipe:
There are numerous recipes about the “mollic anchovies” (which in Italian means Anchovies with the crumb).
This is my interpretation in honor of Mrs. Donatella Di Masi’s recipe from Capaccio (SA), Cilentana DOC!
Donatella is a wise woman who makes bread at home (the real one kneaded with only the strength of her hands without any kneading machine, starting from the crisp or sourdough) not to be fashionable but because she has always done so since she was born!
Donatella the Bread cooks it in a wood-fired oven and then from the Bread it makes some amazing wheat biscuits that are very tasty even seasoned with olive oil, salt and nothing more!
Donatella is one of those ladies that everyone, I for one, would have liked to have as a teacher.
Donatella cooks, knead, bake and churns out, never, never, never … following a recipe.
She keeps everything in her memory.
Thanks Donatella from me and from all those who pass by my kitchen “bow” for the goodness and refinement of an incredibly simple dish.
I didn’t change much of the words with which Donatella told me about this dish, I only specified the doses, I modified the cooking method and I chose to prepare it in single portions, on the lemon leaf, for a matter of practicality. 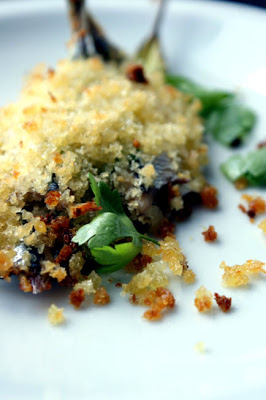 they say about me